14. Select the number of participants in the Beck & Watson study Group of answer choices...

14. Select the number of participants in the Beck & Watson study

16.Through their study, Beck & Watson determined

after a traumatic birth, subsequent births have no troubling effects

Reason ; In the given case study, the researcher had used about 35 women for their research and experiment purpose. Hence the person used in this study is 35.

Reason ; The method used to determine the final sample size in the given case study is by using the above mentioned way. Other type of methods mentioned in the option are not used by beck and watson in this study.

Reason ; After all conducting the study the researcher had came into the conclusion as it is mentioned in the above statement, thus the result request preventive approach while dealing this type of patient.

14. Select the number of participants in the Beck & Watson study Group of answer choices...

Not the answer you're looking for? Ask your own homework help question. Our experts will answer your question WITHIN MINUTES for Free.
Similar Homework Help Questions 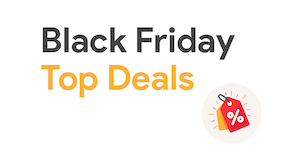 Get Answers For Free
Most questions answered within 3 hours.
Share Your Knowledge